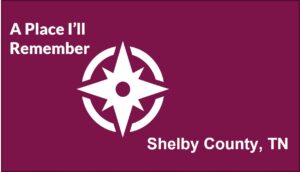 Like many of these posts, I choose a place for a particular reason, then when I dig deeper I find that there are many more places trying the same initiatives, and many aspects to the problems and solutions they are intended to solve.  Memphis/Shelby County got the nod this month because I saw some well-placed coverage of the expungement clinic that was held for the first time post-pandemic, and drew hundreds of people.  Here’s where you can read more about it. https://www.actionnews5.com/2021/07/17/first-expungement-clinic-since-start-pandemic-held-east-memphis/

Expungement clinics aren’t necessarily new, but they are gaining traction in a number of places, as are Clean Slate bills t the state level.  Just Google around and you’ll find a number of places that have experimented with them, often partnering with faith institutions or not-for-profits that are trying to remove this barrier to employment, education, financing, and housing opportunities.  The existing processes are often expensive and time consuming and only a small percentage of those eligible have the time or resources to successfully work through the process.

This report from American Progress outlines some of the newer Clean Slate bills that have been passed at the state level.  It also discusses a bill currently in Federal Congress that has been introduced and reintroduced a number of times over the years, but now has bi-partisan support that appears to give it better chances of passage than in the past.

There are a lot of reasons why the time may be right for this kind of initiative – a tight labor market, a heightened concern for removing barriers that preserve poverty and income inequality, and the simple fact that we are decriminalizing the same offenses that cause this problem for people in the first place.

On August 4, 2021, Jamie Dimon of Chase Bank wrote a guest essay in the New York Times (behind a paywall, but here is the link:  https://www.nytimes.com/2021/08/04/opinion/clean-slate-incarceration-work.html).  In it, he talks about Chase’s decision to “ban the box” on initial job applications that require people to disclose criminal or arrest records and tend to be used as a blunt instrument to dismiss candidates.  They also introduced a Second Chance program that resulted  in 10% of their new hires in 2020 being people with criminal background issues – and that’s just in a few cities – so the program will be extended to other cities going forward.  He cites statistics indicating that one in three Americans have some type of arrest or criminal record – more people than have college degrees.

They are also partnering with other employers in the Second Chance Coalition, and throwing support behind the pending federal Clean Slate Act, because that’s such a critical part of this conversation – it’s one thing to give people a second chance or a clean slate, but if employers don’t follow up by  broadening their reach to this population, it will be a lost opportunity.