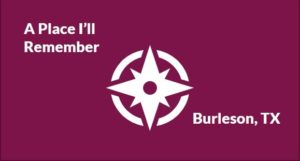 Burleson Texas is a classic example of a place that has been consistently punching above its weight class when it comes to talent development, economic development marketing, and building local partnerships to extend the bandwidth of public programs.  Alex Phillips first introduced me to the Burleson Works local scholarship program in 2017.  At this point, there are many local and state programs that help to underwrite the cost of higher education for students and address the skill shortages of local employers, but Burleson  has been particularly creative in developing the program on a local level and in making that program a key selling point to highlight the city’s workforce and the city’s policy creativity.  You can read more about the details of the program here:  http://burlesonoppfund.com/burleson-works/.

More recently, Burleson has been finalizing the details of the first Project U Leadership Conference to be held in September 2020.  This conference looks to be modeled on events such as Catalyst University, organized by Southwest Michigan First in Kalamazoo, and is another example of how the city adapts models from larger communities, this time to build local leadership and cohesion.  They have outlined there plans here:  https://www.projectuburleson.com/events/project-u-leadership-conference.  Securing a title sponsor like Family Toyota of Burleson shows that there are sources of support for economic development initiatives beyond the usual suspects.

This is a great example of how a place can benefit from being part of a successful metropolitan area like Ft. Worth, but at the same time establish a distinct image for itself that builds community locally and visibility nationally among economic development prospects and influencers.