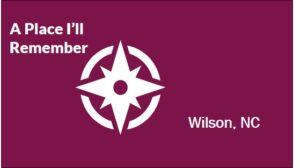 Unavailable or unreliable transportation is one of several clear hurdles to full participation in the workforce.  The issue is even more pressing in smaller or rural communities where public transportation is limited and unlikely expand, and where people and workplaces tend to be more spread out.  Wilson, North Carolina went directly to the people affected and designed an on-demand public system to work the problem, and it’s gaining traction (I know, groan, but it’s a good word!).

The first thing they did right is taking the initiative to going directly to the people who have the problem, people who are not working.  They found that there are people who want to work, who  have something to offer to employers, but lack consistent, reliable transportation options.  Sounds like a logical way to suss out the problem, right?  Too often, though, companies and even economic developers or their community partners instead use employers and their current employees as their research base.  I’ve seen this many times over the year with research into child care options, for example, another hurdle to a consistent work history.  Often, people already employed in a company will be surveyed to see if they have child care issues, or if they could benefit from some type of support services or subsidies.  The problem is, if they are already employed, they have found some solution to the problem, even if the solution isn’t ideal.  The same is true for transportation issues.  Certainly helping those current employees  may improve performance and retention, but it won’t help get more people with these issues into the talent pipeline.  The other thing they did right, as I understand it, is that they pursued conversations, they didn’t just release a survey with a one-to-five scale.

Finding out that transportation was a problem probably wasn’t a surprise, but armed with specific evidence, they hey revamped how public transportation works by converting their fixed route, bus-based system to an on-demand technology enabled network using a variety of vehicles.  That’s a lot to implement for a relatively small place, and in fact Wilson was cited in the press releases as one of the smallest communities in the state to offer public transit at all.  They partnered with a national company, VIA, to implement the system and the program launch benefited from a federal grant program.

All of this is pretty new – it launched in the Fall of 2020 – so it will take time to understand the full, post-pandemic impact.  So far, though, the program ridership has exceeded expectations and gained national recognition.  Read more about it in these articles: